The Wellness Universe Quote of the Day by Cheryl O\’Connor

Enjoy The Wellness Universe Quote of the Day by Cheryl and find more inspiration on her page. Here is her expanded thought…

The history of humanity is pretty ugly when it comes to how humans have and in some places still do treat each other. For eons, humans have been invading each others space, bullying, abusing, killing or torturing those who get in the way, creating trauma, fear, suffering and grief that lives on for far longer than the momentary event in “time” during which it occurred. Why?

Are we humans really so arrogant, judgmental and ignorant to believe that our way of living, our conditioned beliefs and only our beliefs are “right” and must be adhered to by all others on the planet because theirs are “wrong”?

Some 200 odd years ago, which is really not that long in the grand scheme of evolution, the British landed here in what is now known as Australia. The atrocities that followed, to this day, are still being felt by the Indigenous folk in this country. In the years during which Australia went from “colonisation” to “established”, the people who literally invaded this land and the generations that came after them have done way more damage to this country’s land than a country full of people who had lived here for tens of thousands of years, providing for themselves off the land with clean food, water and air, as well as shelter and clothing. They had respect for the land and for each other, they were “one” with the land, and their culture, their whole way of life, was all but wiped out simply because the “invaders” saw them to be savages, decided without question or without even trying to learn their ways, that their way of living was better. Forcibly taking children away from their families to educate them, making them speak English and bringing them up with “Christian” beliefs whilst abusing them psychologically, emotionally, physically, sexually and spiritually. Whole tribes/communities were also murdered and water holes poisoned to kill them off in some instances.

The indigenous folk here once upon a time had no homelessness, no jails and no unemployment as all had their job or role within a tribe/community to do. They had their own laws, own beliefs, own ceremonies, own natural medicine when required, their own language, their own rituals and lived in harmony with the land. There were no drugs and alcohol for folk to get addicted to either. There was no fast food except perhaps a wallaby or kangaroo moving quickly by and there was no litter. We now live in a country where many of the surviving generations of indigenous folk are still suffering abuse, alcoholism, homelessness and lack of adequate health care. We also live in a country where there is a huge homeless situation and high rates of unemployment occurring, jails are full, folk throw their rubbish everywhere and so it goes on.

So many times lately on social media, as the sharing of different cultures from around the world is inevitably occurring, I am seeing statements made by people who are so judgmental, so fearful and so opinionated that unless another thinks the way they do, dresses the way they do, behaves in the way they do, believes in what they do, they are being labelled scumbags, trash and I even saw the word sub-human used the other day. The list of name calling and insults towards others, whether known or unknown, is endless, along with the volume of keyboard Warriors taking offense about other’s beliefs, thoughts, actions or perceptions who just so happen to have a different cultural upbringing or perception to their own.

We speak of multi-culturalism and many countries have become multi-cultural as the world moves towards a more global community, but how accepting and respectful are we all really of another’s culture or cultural beliefs? Some things I have seen, appear to be unfathomable to the typical “western” cultured/conditioned mind, simply because we have not been exposed to them before the internet. We state they are wrong and something needs to be done to change what we perceive to be wrong, to make life better for those people who we perceive are not living as we would and do.

Isn’t that exactly what the British thought and did long ago when they came to Australia? Isn’t that what many people have done throughout history? Deciding categorically – your way is not the best way or right way to live and you need to do it our way, by force if necessary.

How do we ever evolve as human beings if we continue with such fear based, judgmental arrogance? How do we live in the world peacefully and respectfully together and live in a global culture which by the very definition of the word “culture” is one that is all about – “The development or improvement by education or training” occurring, along with “Enlightenment or refinement resulting from such development.”

The answer is we can’t even possibly hope to evolve beyond our blood stained fear and trauma based history with the present level of judgmental fear based arrogance that our own particular culture, based on the conditioning which occurred for us as children within our families and communities, wherever we live in the world, whatever that culture may be in relation to, religious, environmental, political, etc., is right, and everyone else’s cultural upbringing is wrong.

I may be incorrect re source, but I do believe it was Chief Dan George who once said – What you do not understand, you fear. What you fear, you kill.

If we truly want to evolve as human beings and we want the world (humanity) to change into a more compassionate, loving, respectful, understanding and harmonious world, we seriously need to develop our curiosity, start asking questions, start learning the why of another’s culture and start respecting ourselves and each other.

It is so often the case that another doesn’t even know the reason for their belief or behaviour for it is just something they have been taught. As an example of this someone shared recently that another made the statement “I hate Muslims” and when questioned further as to why they hated Muslims they could give no answer straight away. After some thought, the answer was given, “because they are terrorists”. This kind of blanket generalised thinking is being taught to this person and goodness knows how many other people by the culture within their own family and is based on nothing more than another’s opinion who has more than likely never even met or had a conversation with a Muslim in their entire life and is just basing their opinion on whatever they read or hear via the media thinking that it is total truth for every single Muslim on the planet.

As Mahatma Gandhi once said, if you want the world to change, “Be the change you want to see in the world.”

Visit and see more from Cheryl at www.facebook.com/cheocoenterprises

Authentic Wellness Resources that is fun to explore and a place where you …find what YOU need….
‪#‎WUVIP‬ = Wellness Universe Very Inspiring Person…

Are you changing the world? Join us! www.TheWellnessUniverse.com/Join-us

The Wellness Universe is your resource for health, wellness, well-being, and transformation. We serve and support professionals who make the world a better place and individuals and groups who seek their best life.

A woman owned company; having the vision in 2013, Anna Pereira launched the first directory in 2015 bringing together a community of members making the world a better place to be found by those seeking their best life. The Wellness Universe has grown since then to be a one-stop shop for total wellness support! We are a vetted community, online directory, book publisher, resource center, event producer, content platform, and so much more, supporting whole-health and well-being on a global scale.

The Wellness Universe provides individuals and groups seeking their best lives with access to our members, wellness content, educational resources, and guidance in all areas of wellness to transform visions of how they want to live life into the life they experience.

Join us today! Wellness Professional or Seeker of Your Best Life 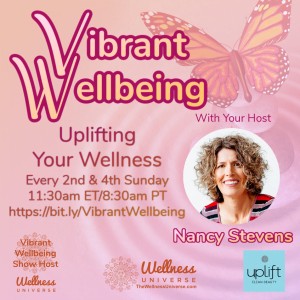